Farmers. A beekeeper. A storyteller. A herb fairy. A night watchman.
All of them fascinating experts in their fields.
With dedication and passion they preserve and pass on the knowledge and skills of past generations and point the way into the future.
They are also committed to deceleration, regionality, sustainability and authenticity.
Accompany them on a part of their way.
Farm experiences with the Farm Trail. Experience real life. 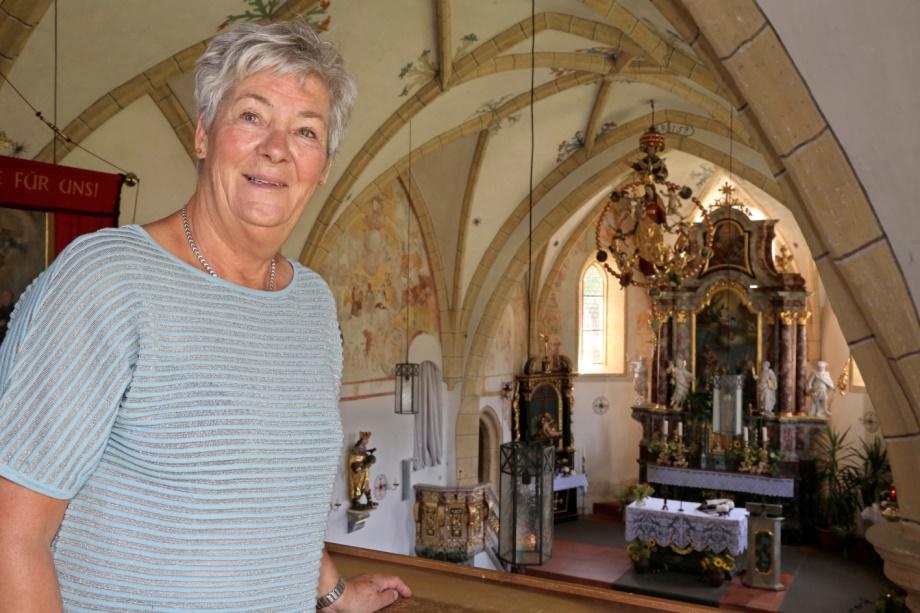 A storyteller in the best possible sense: Immerse yourself into the exciting story of the mountain village of Kartitsch with Anna Kollreider. 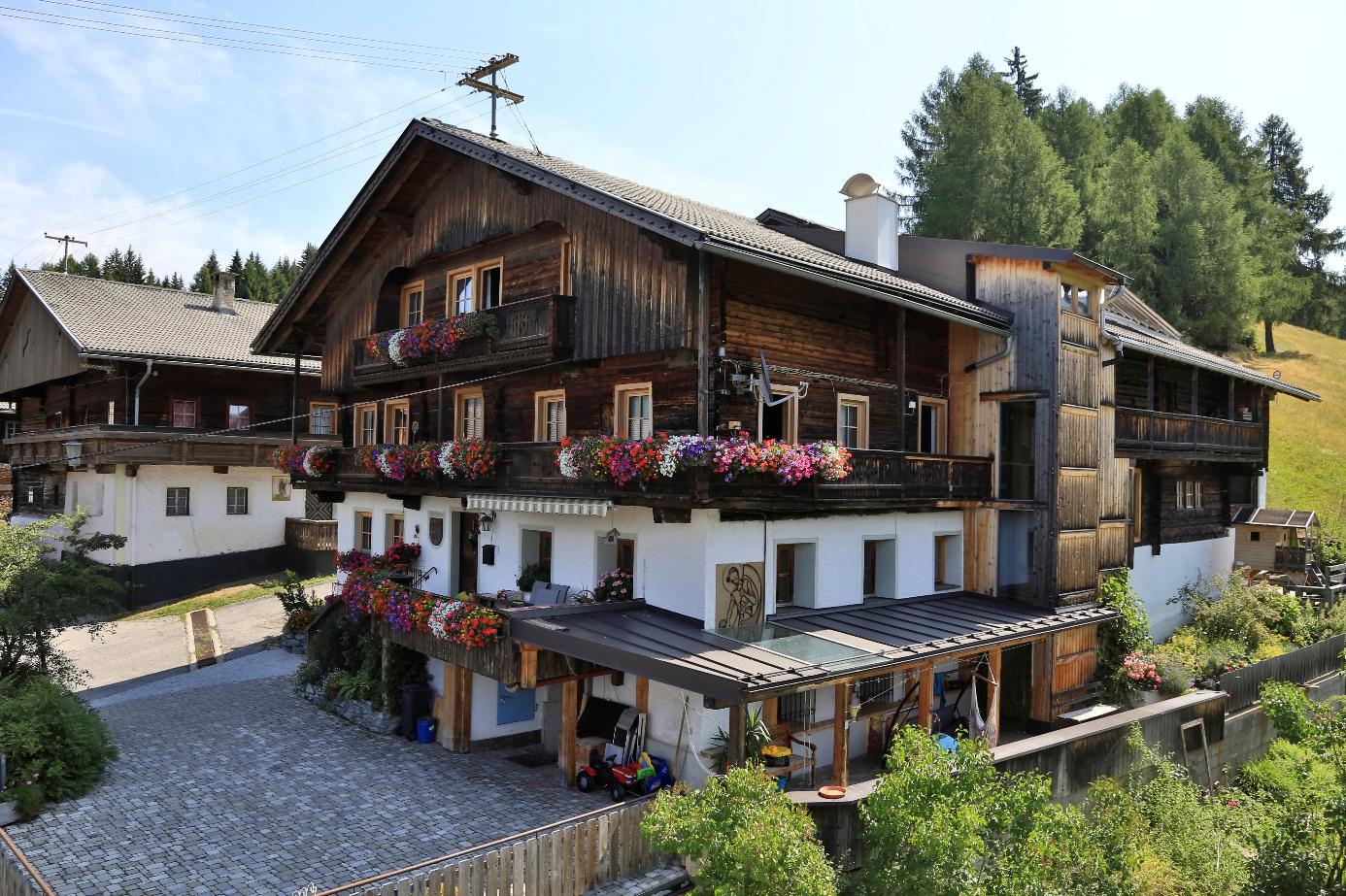 Nobody knows more about Kartitsch and especially the idyllic mountain village of St. Oswald than Anna Kollreider. The sacristan and retired director of an agricultural school has not only studied in-depth the history of her home village, she also has the natural gift of telling exciting stories about it. And there is plenty to tell about St. Oswald, which so picturesquely sits at the entrance to the East Tyrolean Gailtal valley, towering above the Pustertal valley and visible from far away! Myths, legends, great events, small anecdotes as well as more recent news. Immerse yourself into the lost worlds of this high mountain valley with Anna as she takes you on a tour of the village of St. Oswald and listen to her enchanting stories.

In the name of sustainability

Sustainable agriculture in its most natural form: Exploring the fascinating Joasa farm in Kartitsch with Brigitte Außerlerchner 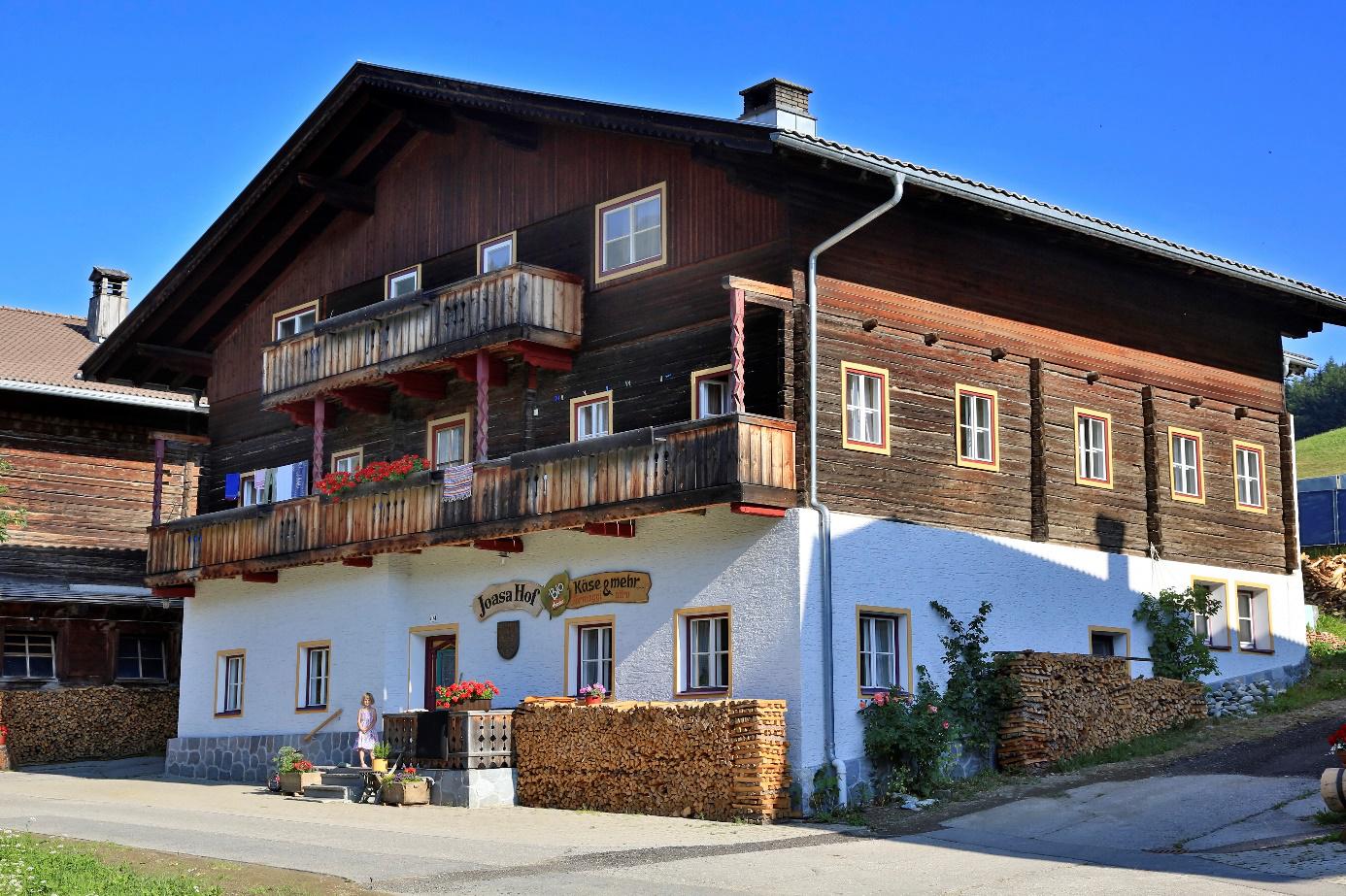 Sustainability is a much-used term in our times. Many talk about it, but few act with as much devotion as Brigitte and Andreas Außerlechner at the Joasa farm in Kartitsch. They have not reinvented sustainable agriculture, rather, they practice its most original form, the closed-loop farming system. This is how the Joasa farm, an organic and Demeter certified mountain farm, became a fascinating island in the current of time. Explore this island with Brigitte and be surprised about the things that await you on this exploration tour: Try your hand at old techniques, such as sheaf binding, or gather berries with her in the forest or in her idyllic farmer garden. And you simply must taste the farm’s own products, such as the famous Joasa farm cheese, because Brigitte is also a trained cheese sommelier. 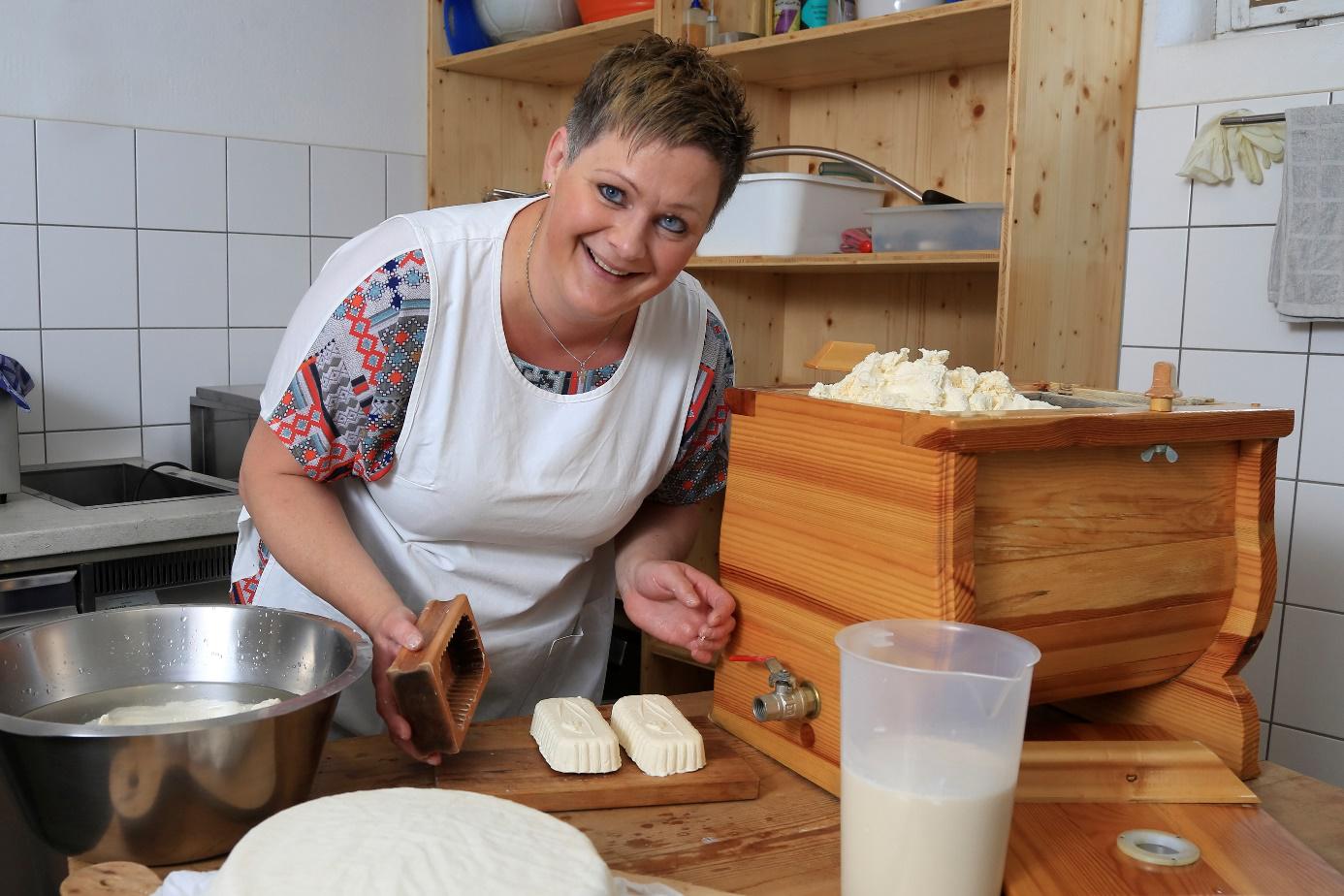 Anja Ebner, the farmer from the Niescherhof farm in Obertilliach, shows how to churn butter: From the cow to the finished farmer’s butter 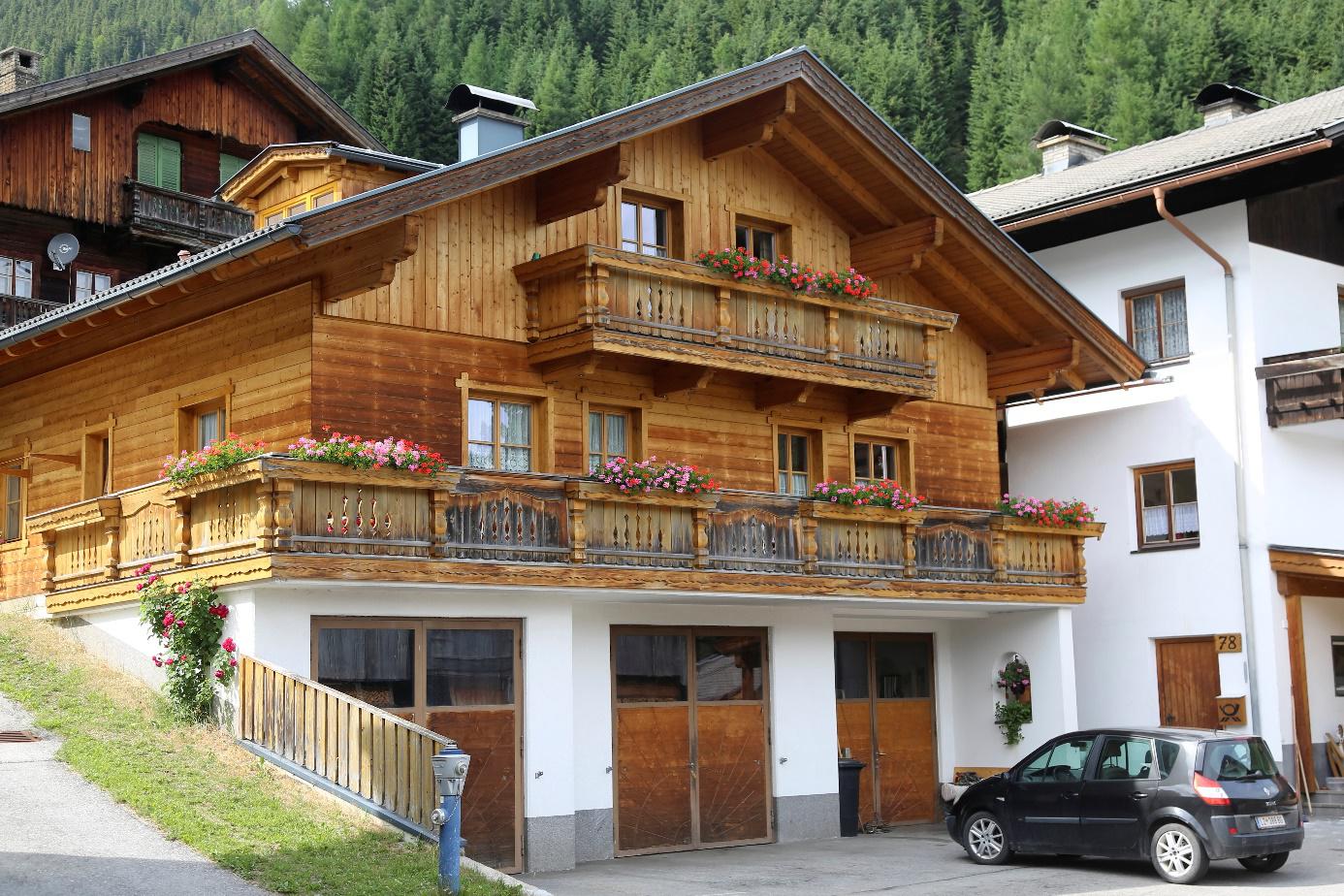 Old knowledge for new times! Anja Ebner from the Niescherhof farm – like her brother from the Oswalderhof farm – always thought it very important to preserve and keep alive the old farming knowledge that has been passed down from generation to generation. She carefully adapted it to modern times. She now specialises in butter making and has almost developed it into an art form. Because her farmer butter is a sensational natural product and once you have tasted it, you won’t want other! And this is no surprise: the cows are next door in the barn and have never been fed from grain silo. After milking, the milk goes into a centrifuge, and then the cream is beaten by hand until it turns into butter. It is then shaped with an artistic butter stick. Join Anja for a few hours making butter, taste the buttermilk and take some butter home with you. Because natural products like these are real treasures nowadays. 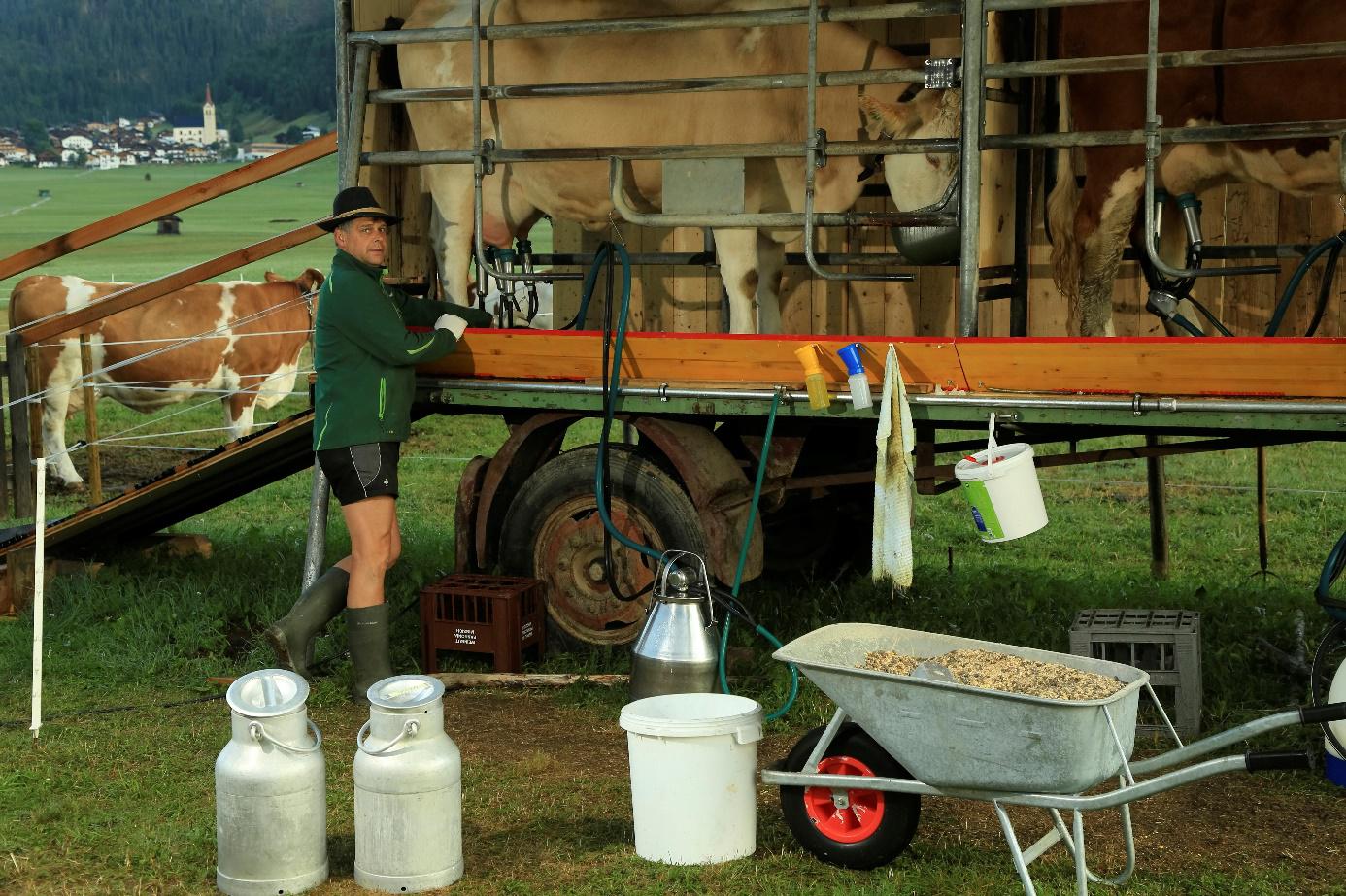 Hans and Viktoria Obererlacher, the farmers at Oswalderhof farm in Obertilliach, are dedicated to cheese making in its purest form: From the meadow to the plate 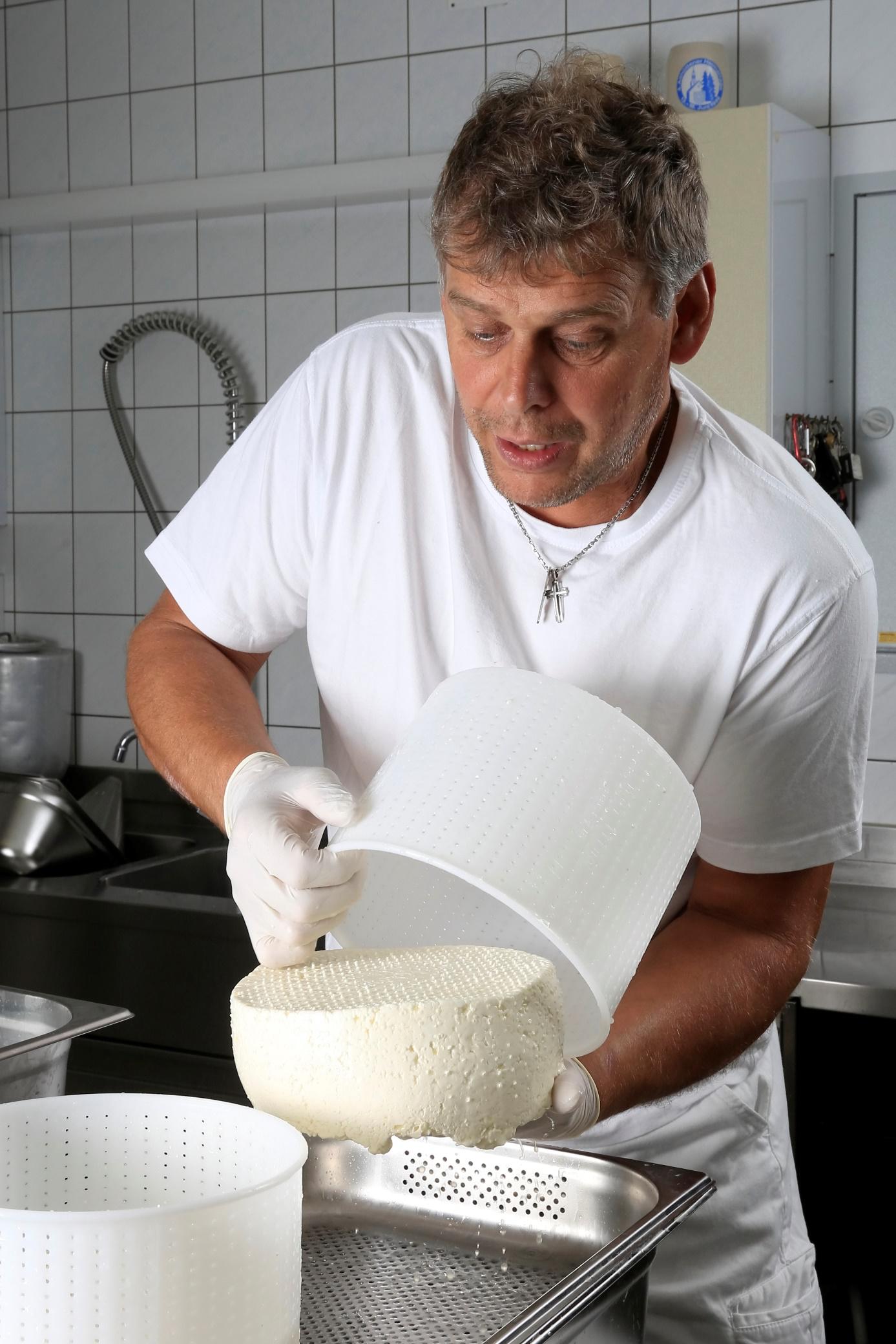 Like his sister Anja Ebner from the neighbouring Niescherhof farm, Hans from the Oswalderhof farm is committed to opening up new paths using old farming knowledge. That’s how Hans came to specialise in the refinement of milk production. In its most natural form: Because Hans’ cows are always outdoors! They are milked on the pasture and the milk is then processed on the farm: So the shortest route from the meadow to the plate. Hans calls this his “grass, cow, milk, cheese” principle with typical dry Obertilliach humour. And everything else that Hans and Viktoria tell you this afternoon sounds just as clear and sensible. An afternoon that begins with a tour of the proud Oswalderhof farm and culminates in processing milk and making soft cheese together. And this is done in Hans and Viktoria’s typical manner: with a light touch, devotion and a little pride. And you can share their pride as you taste the finished soft cheese you made together! And when you say goodbye to the Oswalderhof farm you can take the cheese home with you, of course. 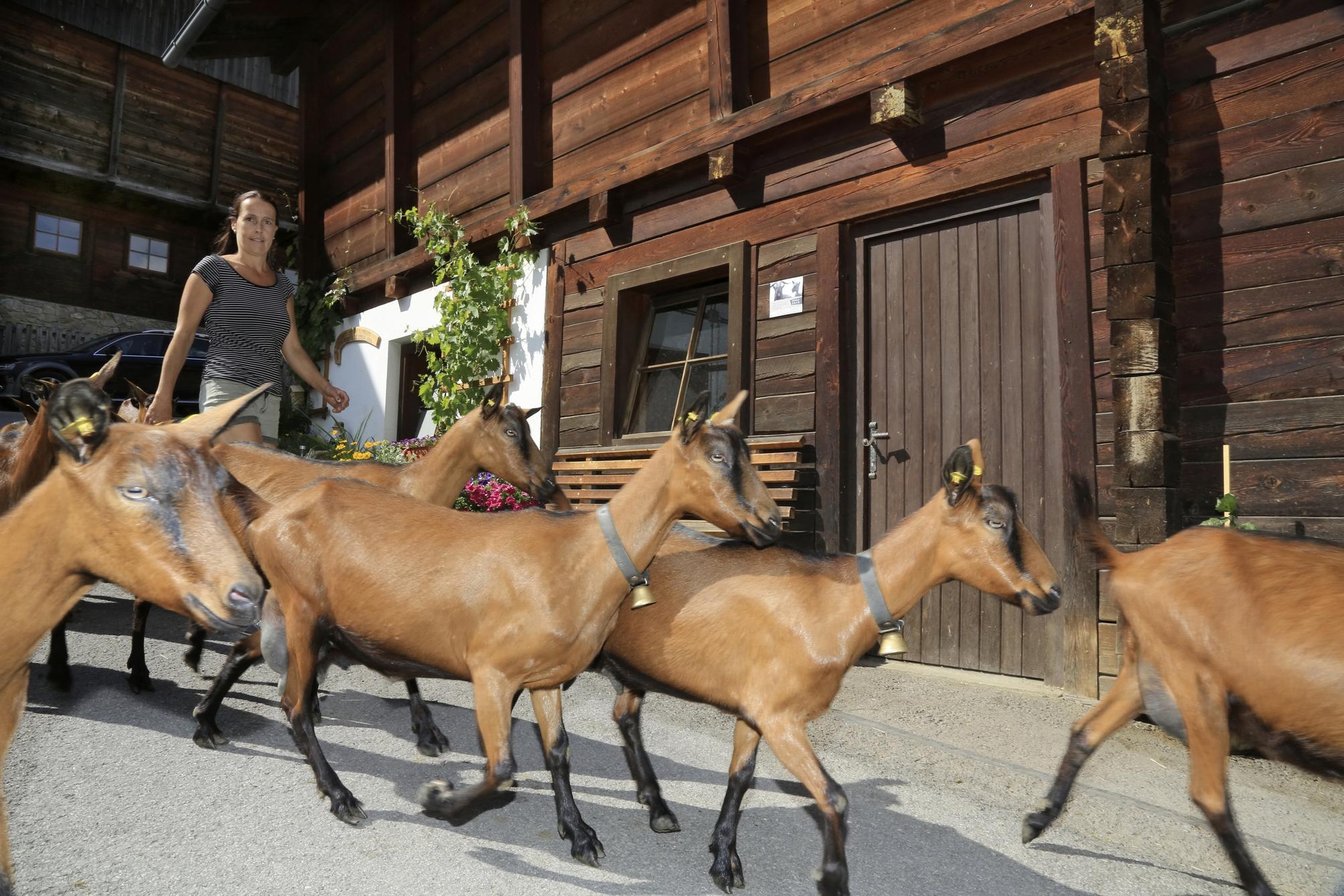 Bringing the goats in

An idyllic village with brains: The daily “Tillga” goat hike 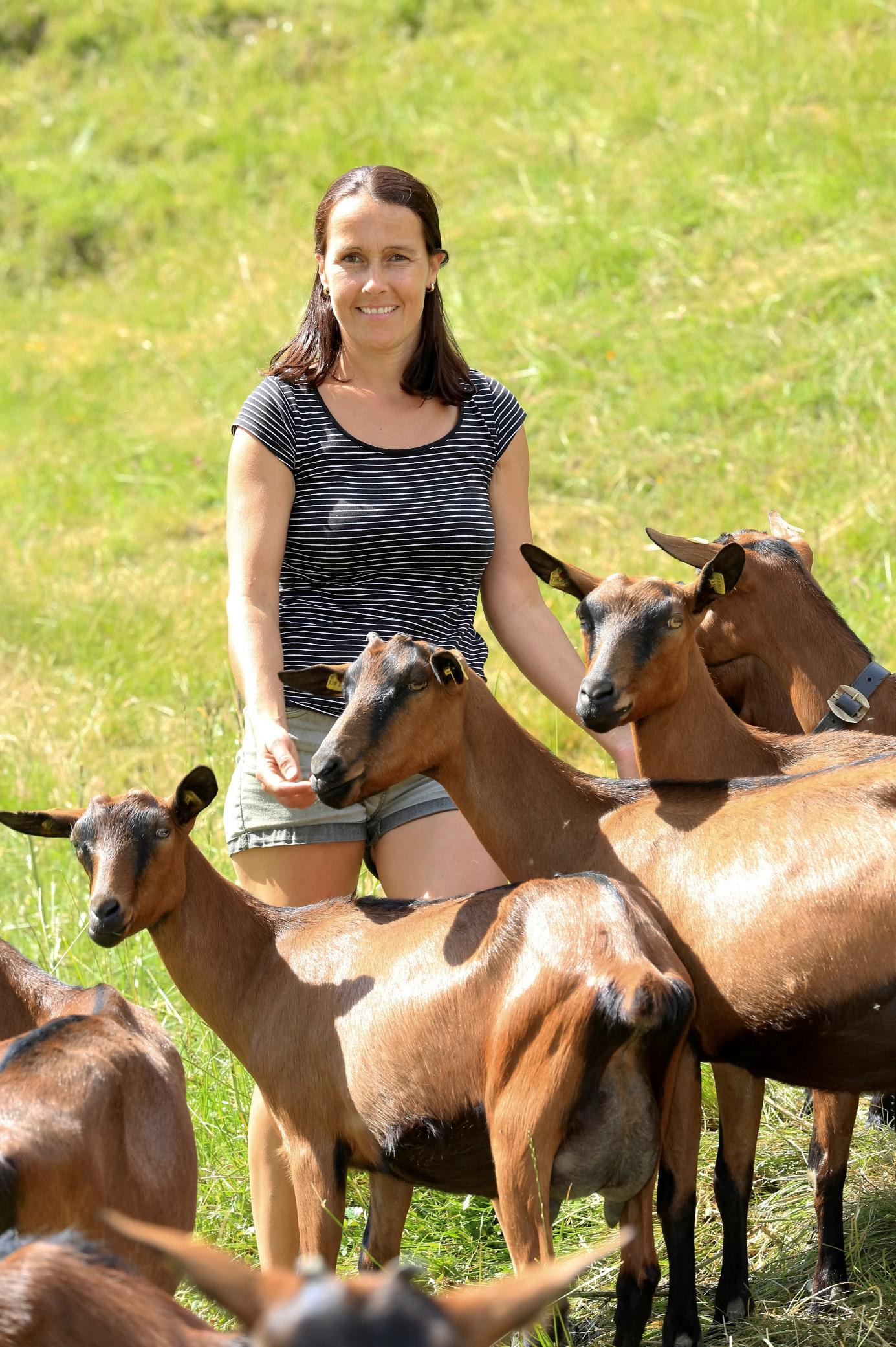 The mountain village of Obertilliach is such an idyll place: Centuries-old dark-coloured wooden farm and feeding houses nestle against each other. And twice a day – in the morning and in the late afternoon – the clear ringing of the goat bells fills the narrow alleyways. That’s when the herd of goats is driven out to pasture and then back into the stable. This idyllic custom is clever as well as forward-looking. Because the management of the pastures, which are all located outside the village, has created a sophisticated system in the narrowly built village: The daily goat hike through the village, back and forth between farm and pasture. It means the goats get exercise, fresh air, light and fresh food every day. This way, a high-quality natural product, the Obertilliach goat’s cheese is made – without any emissions that harm the climate. This method is practised to this day at the Messenbacher farm, and the farmers Maria and Harald Mitterdorfer invite you to accompany the goats from the pasture back home through the village. 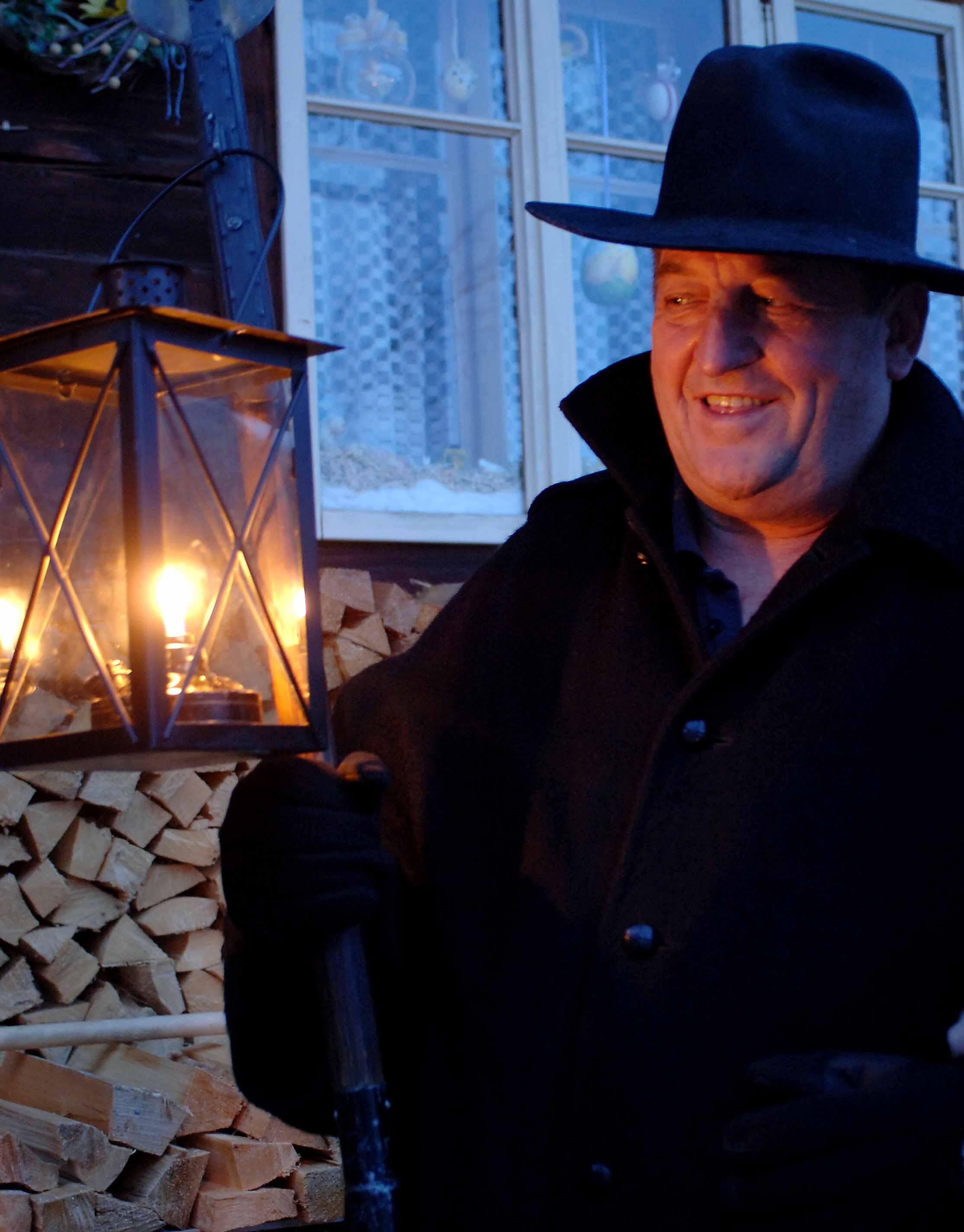 The night watchman of Obertilliach

Out and about with Helmut Egartner, Austria’s only active night watchman, through Obertilliach at night
What was once an annoying necessity has helped Obertilliach gain fame today: The narrow village centre meant that attacks from the annoying neighbours in Cadore (northern Italy) could be fended off better. Preserved to this day by a thoughtful village policy, the picturesque village fascinates not only visitors, but also film directors (even James Bond film was shot here). But such a construction method can also bear risks, such as fire. While the night watchmen used to warn about attackers, later they watched out for fires. Like Helmut Egartner, Austria’s only active night watchman, does today. He still does his rounds twice a week, equipped with a lantern, halberd, loden coat and iron on his shoes and sings the famous night watchman song. Accompany Helmut on his nightly tour, listen to his stories and help him do his job. Only recently has he detected a chimney fire early.

Welcome to the world of Josef Schmidhofer, the beekeeper of Untertilliach 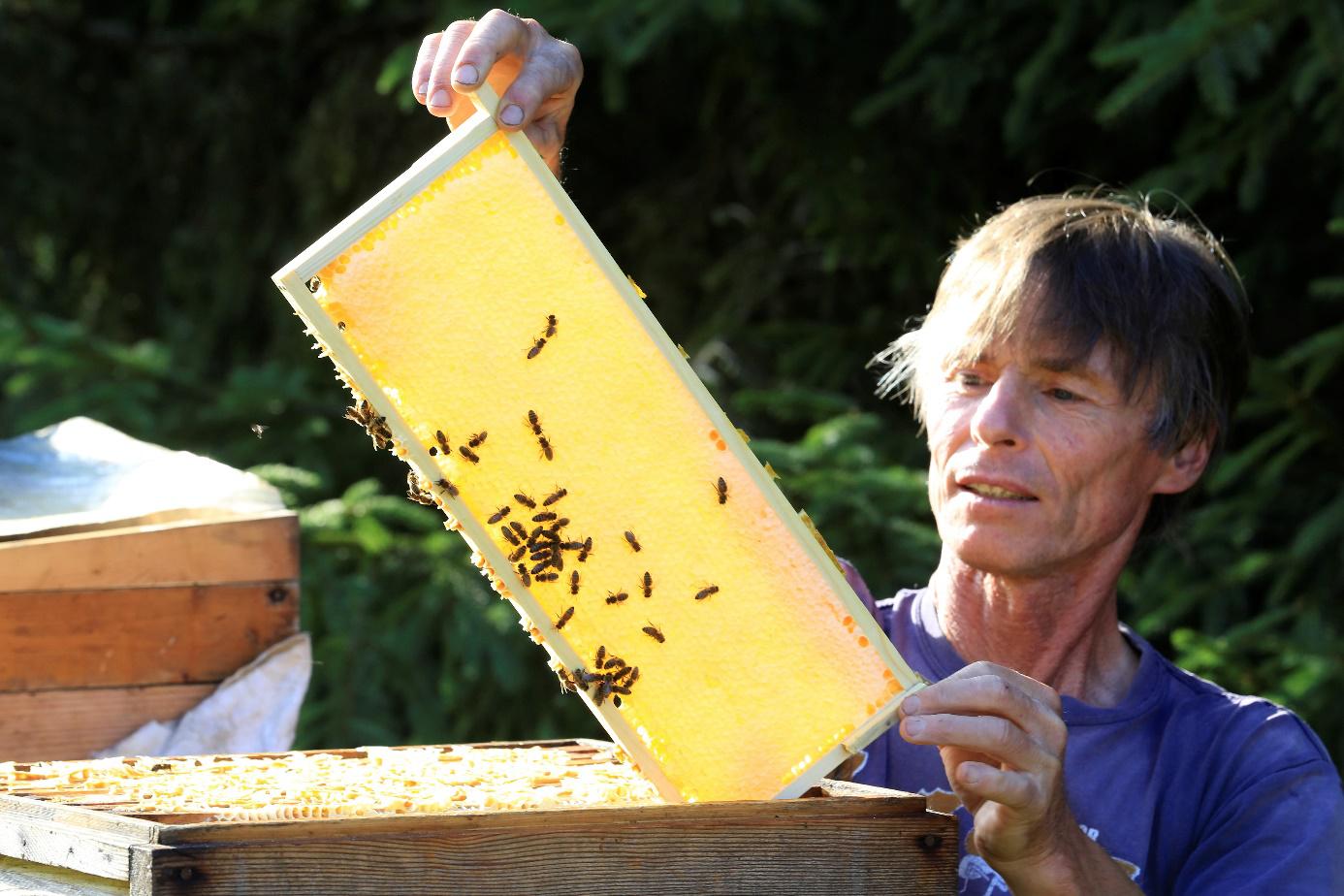 When your job is your vocation: There are not many people for whom this statement is as true as for Josef Schmidhofer, He has been a full-time beekeeper for many years, and his way of working has increasingly taken on the character of the valley itself: calm, serene and relaxed, in harmony with nature and its bee colonies. Equipped with a rich wealth of experience, Josef reads the landscape and the weather with the eye of the bee and he always knows where and when to do his work through the seasons. And the result? You must taste it for yourself! Words cannot do justice to his meadow honey, forest honey or alpine rose honey. Accompany Joseph into the realm of bees, watch him do his job, lend a hand (of course with special protective clothing) and taste his honey – a true food of the gods. 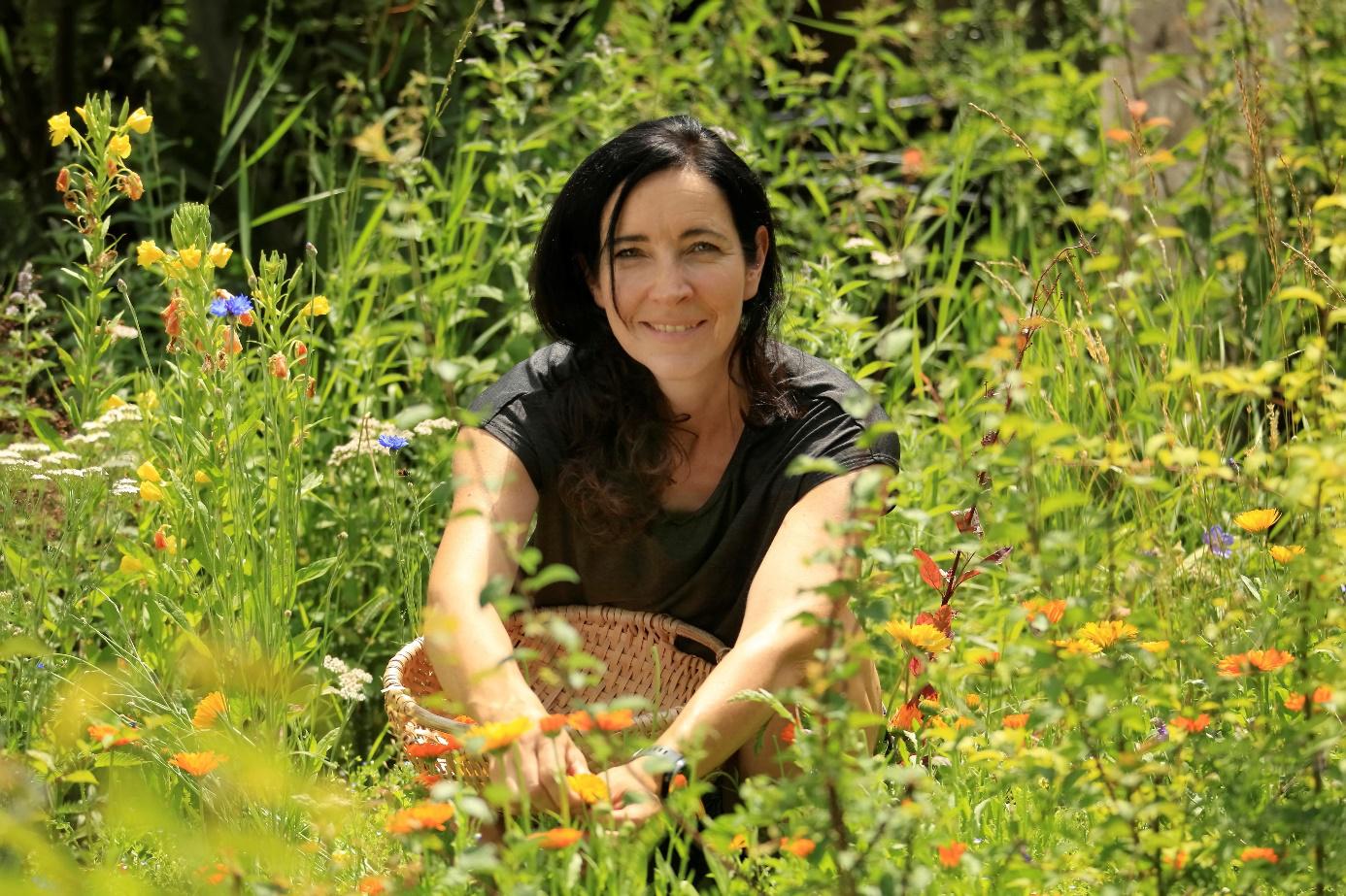 In the wild herb garden

A little Garden of Eden: Immerse yourself in the fragrant paradise of Iris Meyer’s wild herb garden in Untertilliach 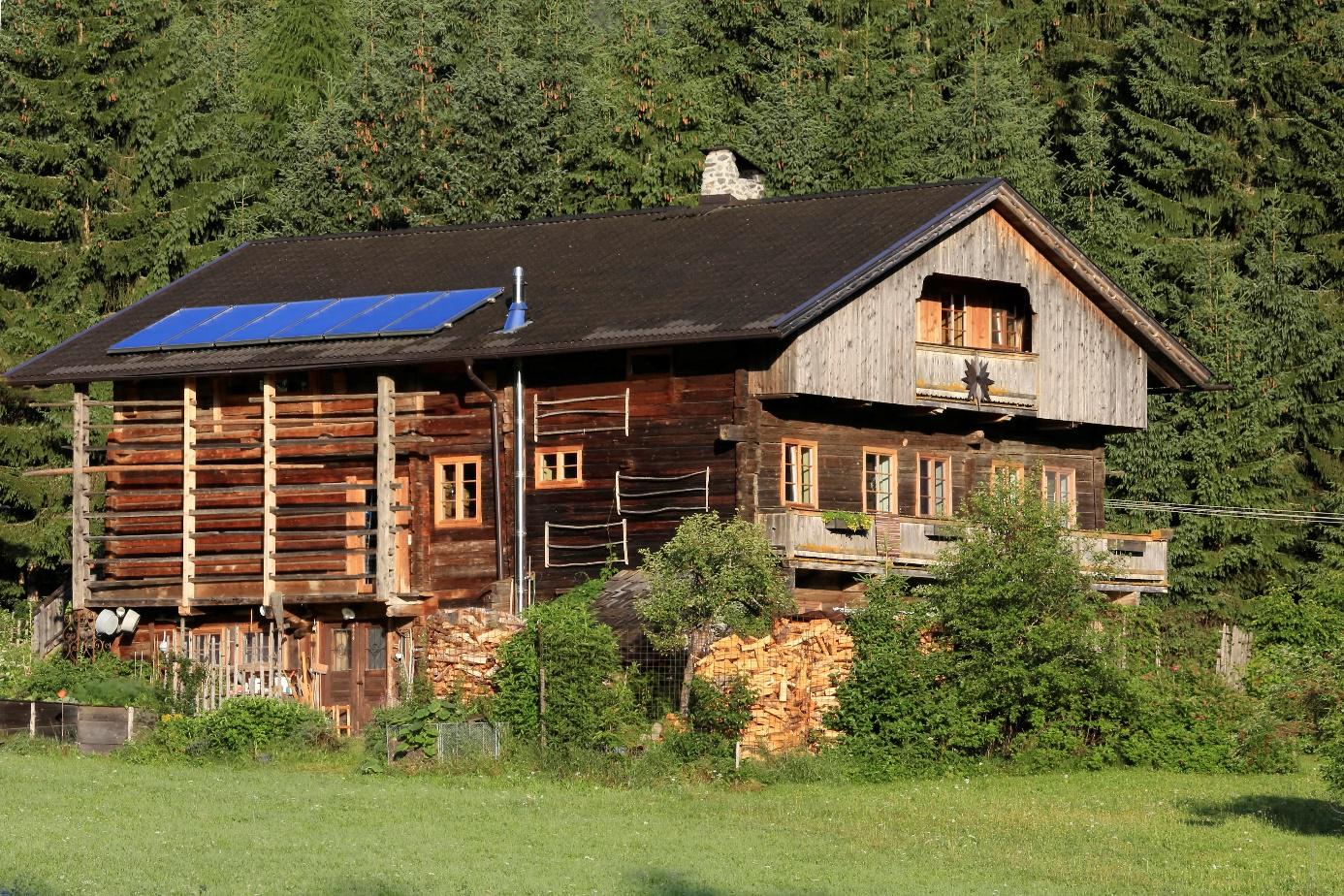 You can hear it as soon as she says hello: Our host Iris is not originally from East Tyrol. This pristine and stunning scenery of the valley and her love of the region have brought here to the little village of Untertilliach. And this new home with its uniquely harmonious mountainous cultural landscape and untouched nature has awakened an interest in her in the wild herbs that grow everywhere here. With curiosity and passion, Iris has not only become a true wild herb expert over the years, she has also created her herb garden and the herb manufactory, her own little paradise. Stop off here and immerse yourself in this small and fragrant Garden of Eden. Her knowledge of the fascinating world of wild herbs will inspire you and before you leave this idyllic place, a wonderful wild herb snack will strengthen you for the way ahead. 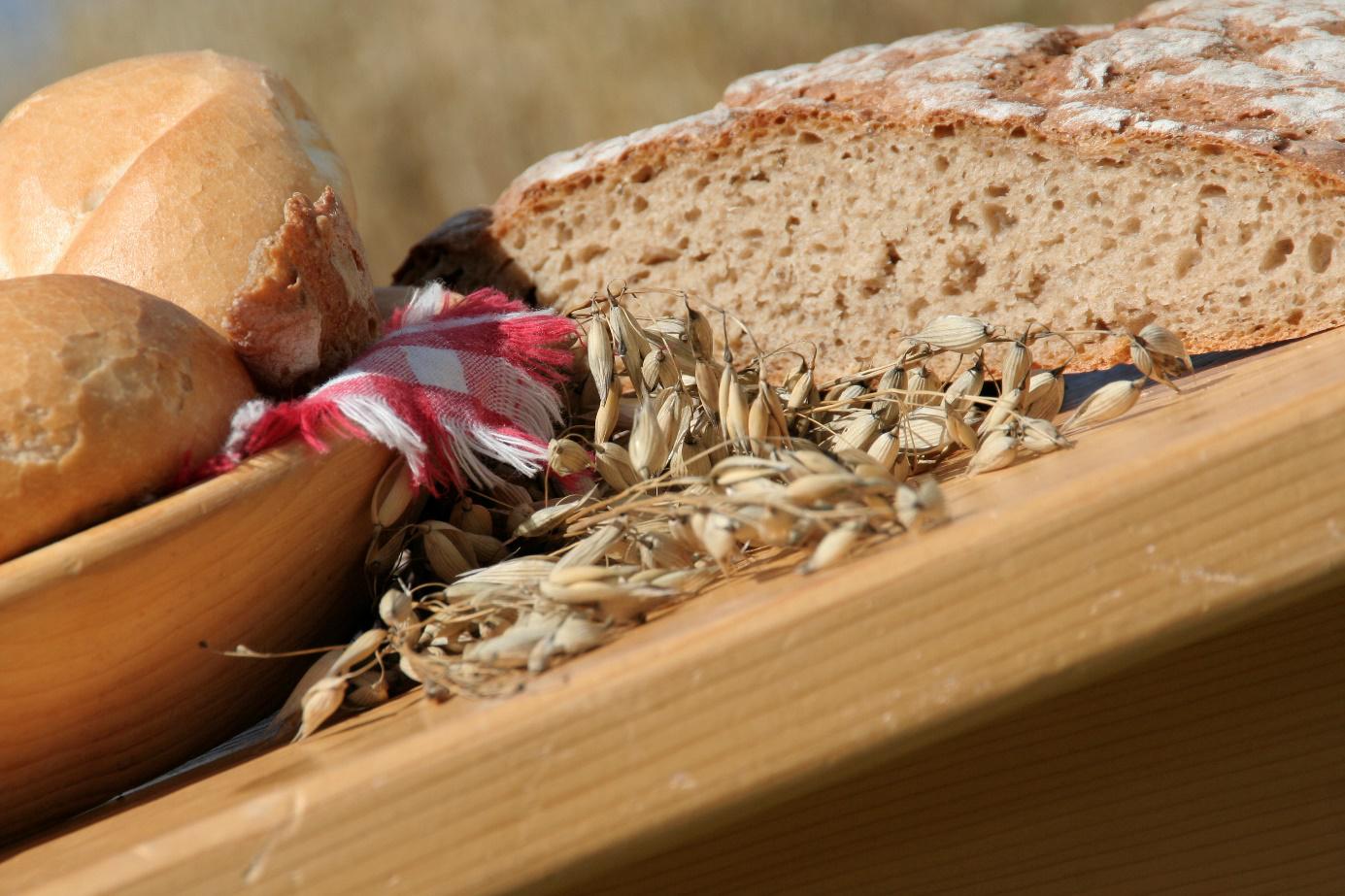 Baking your own bread

Karin and Anton Auer from the Untererschbaumer farm maintain the tradition of the hamlet of Eggen: They bake their own farmhouse bread with you

The small hamlet of Eggen near Untertilliach was once the breadbasket of the Lesachtal valley. Over the centuries, this breadbasket developed into a sophisticated and sustainable closed-loop farming system: It was hard work to grow the oats, barley and wheat on the steep slopes. Each farmer had his own granary where the grain was stored and his own mill on Eggenbach where the grain was ground into fine flour. And of course a brick wood stove, in which a very special farmhouse bread was baked to an ancient recipe. At the Untererschbaumer farm, this tradition is still followed today and filled with life. The farmers Karin and Anton Auer will introduce you to the art of bread baking. And once the heavenly scent of the fresh bread has filled the cosy farmhouse parlour, it’s time to try it. Perhaps with a hearty snack from the farm’s own production, and a little schnapps, if you like.
Ash and elder at the Schneiderhof farm